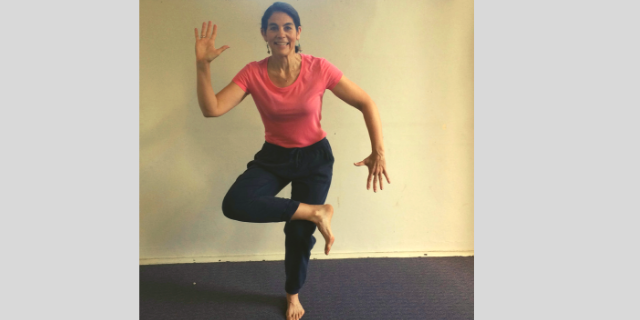 This is the second blog in a series of posts I’m doing about the Hindu gods and the Yoga poses dedicated to them. Last week, I wrote about Lalitha, a goddess full of love and power. This week’s ‘guest’ is Ganesha, the baby blue elephant you’ve probably seen on posters, t-shirts, towels and any other mass produced Yoga product.

I first came across Ganesha long before I even started Yoga. I was at university working in a vintage clothing shop part-time, and I found a wall tapestry of Ganesha in a dented up cardboard box of donated clothes. His playful image, (he’s riding on the back of a mouse) struck my interest immediately and I took the tapestry home. I still have it after all of these years.

Ganesha is associated with wisdom and he is the remover of obstacles. He is the patron of the arts and sciences as well as the patron of travellers and writers. He is worshipped by Hindus, Buddhists and Jains which makes him well-known throughout Asia and South East Asia.