Hanuman is the god of knowledge and strength, and he is referred to as the lord of celibacy and victory. He is mentioned in various ancient texts and in later literature he became the patron saint for athletic pursuits such as wrestling, martial arts and acrobatics. 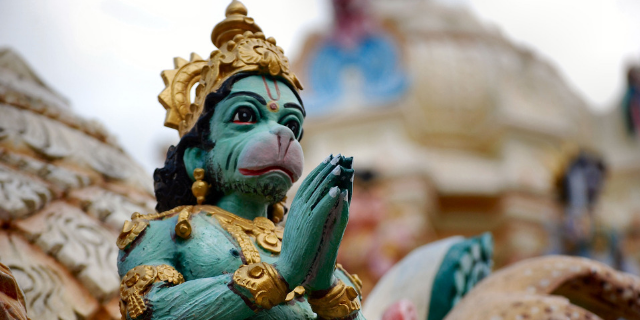 Hanuman is a favoured god with the people of India and the affection for him has spread into other parts of South East Asia such as Thailand, Cambodia, Malaysia and Indonesia. He is also a popular deity with the Jains and Buddhists.