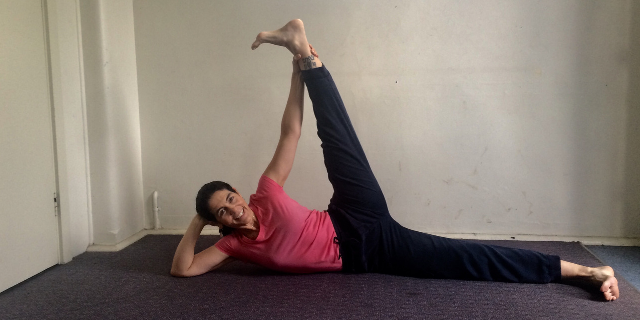 This pose goes by many names: Ananthasana, Sleeping Vishnu Pose, or Pose of Infinity. I find it to be relaxing but also playful because it reminds me of my cheerleading days at school. Back then, I didn’t even realise I was doing Ananthasana; I thought I was just posing for the annual cheer team photo!

Ananthasana is a pose that requires equal efforts in balance and flexibility. Stability is challenged as you try to open the inner thigh or groin area but it’s still an achievable pose for those who feel more secure balancing on the floor. In addition, it is cooling to the body and mind which means it balances the immune system and calms the nervous system. 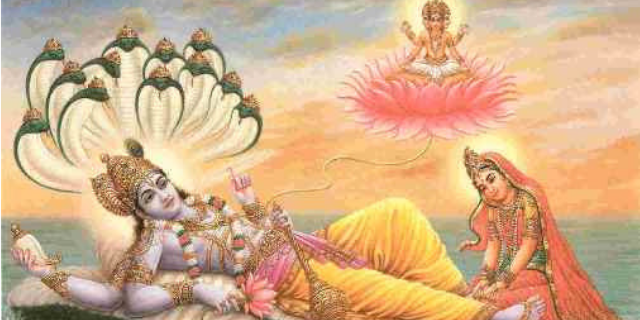 The Hindu God, Vishnu, is considered the preserver and protector of the universe, and is linked to Yoga. Vishnu is often depicted with blue skin, and four arms/hands that hold a conch, a discus, a lotus flower and mace. Sometimes, he is depicted reclining on the coils of a serpent, as if lying on a couch, hence the Sleeping Vishnu pose in Yoga.

How do you find Ananthasana? Feel free to leave a comment below about your favourite pose that represents a Hindu god.