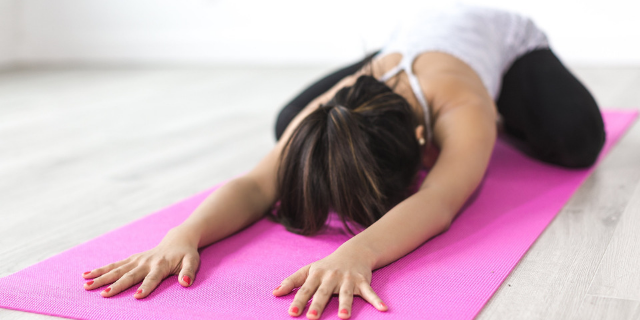 Do you get confused with the titles of the Yoga classes offered at a studio? There are so many varieties, and for someone new to Yoga it can be a bit overwhelming. In previous blog posts I’ve explained some other variations such as Vinyasa and Yin. In today’s post I’ll be explaining the similarities and differences between Hatha and Ashtanga Yoga.

Hatha Yoga represents the physical practice of Yoga, so if you’re doing any form of Yoga be it Goat Yoga, Embodied Flow, LifeForce and many more, you’re still doing a form of Hatha Yoga. If the class at the studio is labeled Hatha, it is highly likely that it’s a class suitable for beginners where there is a focus on taking things slowly and ensuring that your joints are well-aligned while in a pose. In a Hatha class, you’ll do a fewer number of poses than a Vinyasa class, but you will be building up your endurance and strength by holding each pose for an extended period of time.

Ashtanga Yoga is an energetic style of Yoga where the breath and movements are synchronised. Practitioners follow a set sequence of postures and you traditionally master one sequence before moving on to another. Each sequence is called a ‘series.’ In addition, Ashtanga is a rather young form of Yoga developed by K. Pattabhi Jois in the 20th century.

When deciding which form of Yoga suits you best, I would suggest first trying a Hatha class if you are a beginner. If you have already done some Yoga or Pilates at your local gym, then Hatha or Ashtanga would both be suitable to take a stab at. Definitely incorporate different forms of Yoga in your practice as the body and mind is always changing. If you’re nursing an injury, you’re probably going to lean toward Yin or Restorative Yoga, or if you’re wanting to feel a bit more free with body movements, you may like to try Embodied Flow. No matter what you choose, keep an open mind and you may just come across a new practice or new experience that will suit your fancy and become your new favourite style of Yoga.