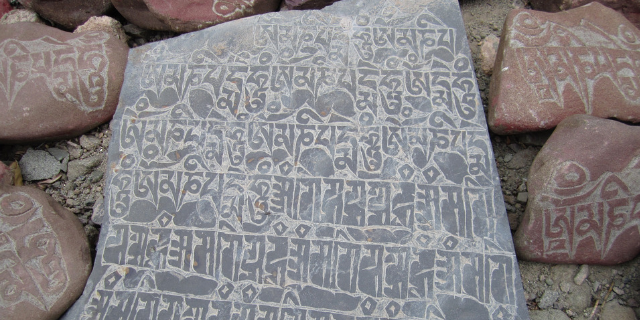 Sanskrit is the ancient language of India. All of the ancient Indian texts were written in Sanskrit. You may recall a mention of the Vedas and the Upanishads in your high school history class; these texts are the foundation of Hindu philosophy and sacred treatises.

The Yoga postures/poses are in Sanskrit as well as the mantras and kirtans that you may chant in a Yoga class. It is handy getting to know some of the basics of Sanskrit when it comes to learning the poses because it’s a universal language used in every Yoga class. You could be on holiday in France, Japan, Peru or anywhere for that matter, and if you attend a Yoga class there, it’s highly likely your teacher will say the pose in Sanskrit as well as translated into the local language.

I love studying languages, so when I was studying for my Yoga teacher certification, the Sanskrit module really caught my attention. Below are some examples of animals, numbers and body parts in Sanskrit that are used in a Yoga class. 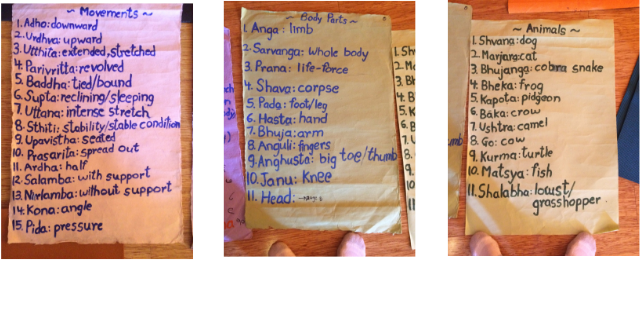 Posters from my Yoga Teacher Training 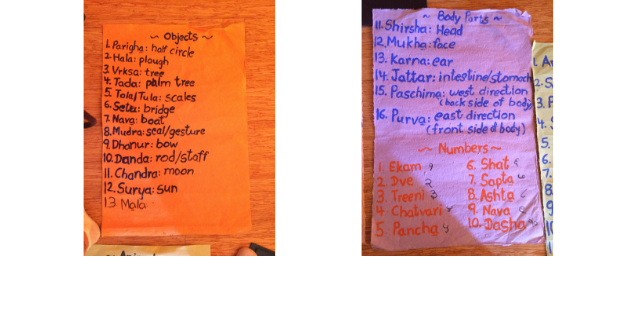 If you would like to brush up on your Sanskrit and how it relates to Yoga, feel free to contact me for a class and during your Yoga session I will put an emphasis on your learning and understanding of the poses and their Sanskrit equivalent.